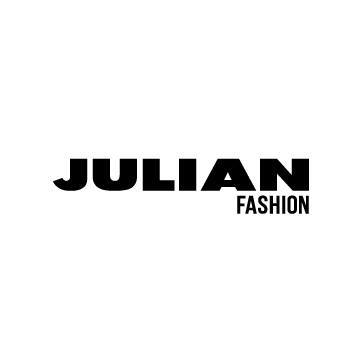 In 1959 Julian Blu was born in Ravenna, a boutique that would become one of the first multi-brand stores in the world in Italy.

Giuliano Zabberoni, Julian for fashion and friends, decided, together with his first wife Lia Randi, to take over the family business, redirecting the old haberdashery towards haute couture garments and accessories and thus starting a new commercial positioning.

Within a few years, Milano Marittima became Julian’s only venue. The creative mind of Giuliano, who in those years also worked in Paris with luxury leather goods, decided to expand the portfolio of brands by opening in the seaside resort even a second boutique, Julian Young,
with lines dedicated to a younger audience.

The company is now run by his daughter Sabina Zabberoni and Giuliano’s partner, Anzia Alici, who together have continued their stylistic research by combining the selection of the most famous established brands such as Balenciaga, Balmain, Dolce & Gabbana, Givenchy, Gucci, Saint Laurent with those of new and contemporary brands.

Julian Fashion is confirmed as a family business when Giulia Tondini, daughter of Sabina, decides in 2012 to move the company on the popular marketplace Farfetch and in 2014 to launch the website www.julian-fashion.com worldwide.