On the day that thousands of people around the world protested as part of the Global Climate Strike, Marni creative director Francesco Risso staged a “joyous protest“ against the profligate excess of the fashion industry. The environmental impact of fashion was on his mind, he said, after a trip to Brazil six months ago and the subsequent burning of its rainforests.

Risso went a step and worked with German visual artist Judith Hopf to recycle the set for his last menswear show. The audience sat on repurposed cardboard benches, with Matisse-like upcycled-plastic leaves painted with eco-friendly paint.

The clothes, too, were largely recycled, made from deadstock leathers, recycled raw-edged taffetas and untreated cotton fabrics vibrantly hand-painted in Fauvist patterns. Voluminous silhouettes were made with lo-fi construction, apron dresses were tied around the waist and strings were used to fit and flare the peasant-style skirts. A couple of long, slinky crochet gowns offered a homespun take on eveningwear. Nostalgic nods to old-school couture shapes were offset by a playful naivety and bold colour combinations, such as parrot green and cobalt, fuchsia and tangerine.

The silhouettes were designed to liberate the body’s movement; models wore grounding flip-flops. 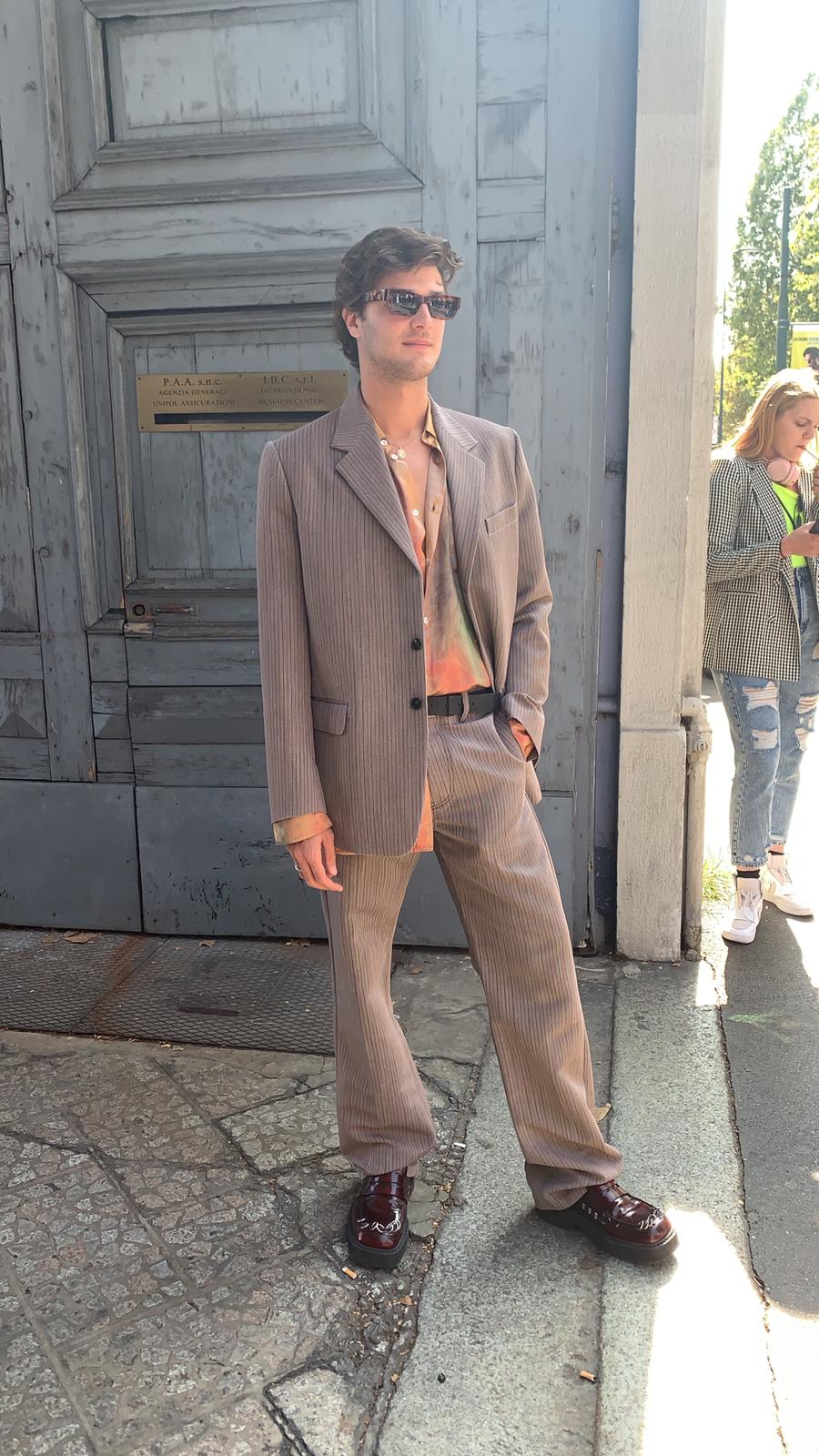 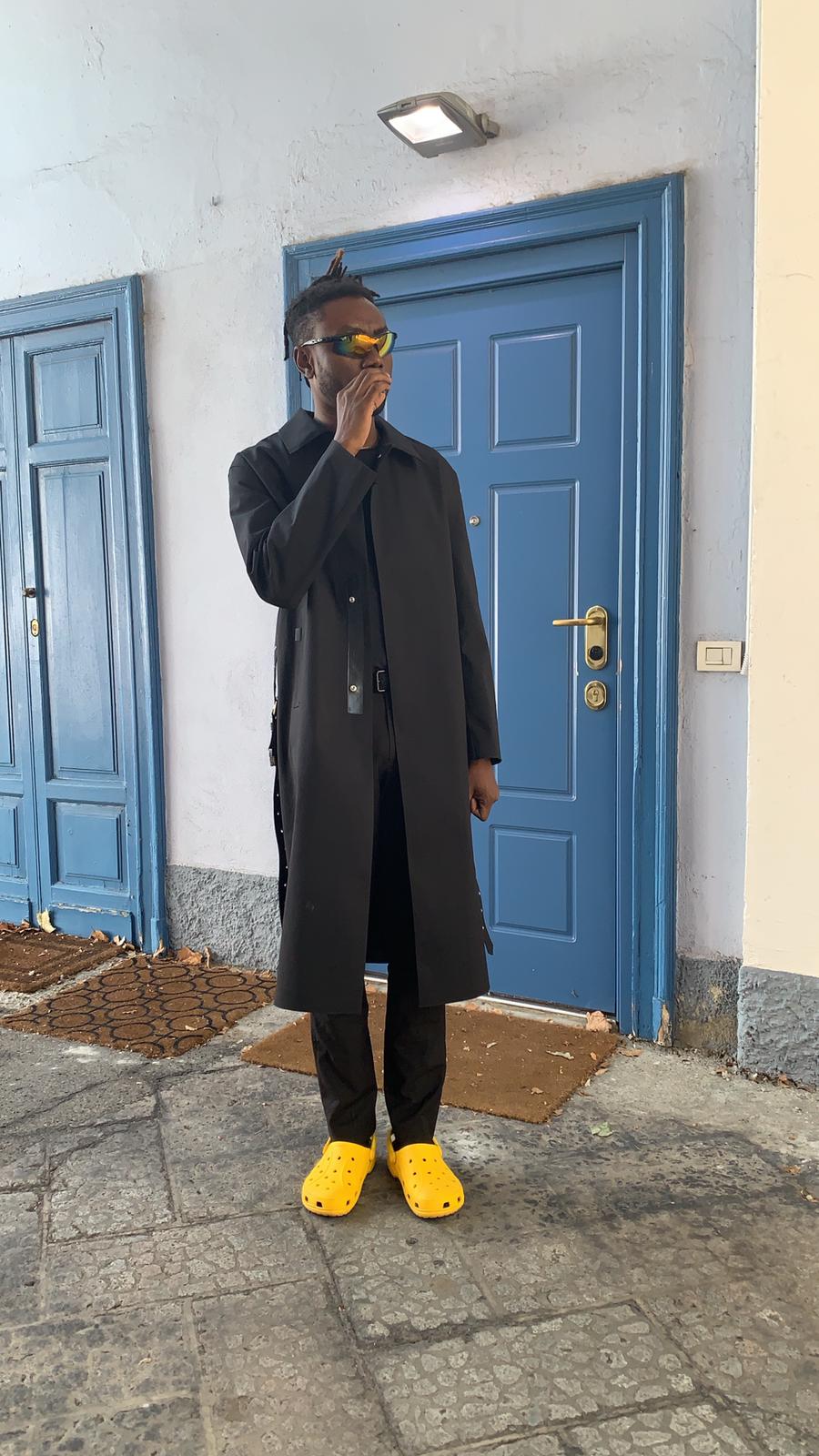 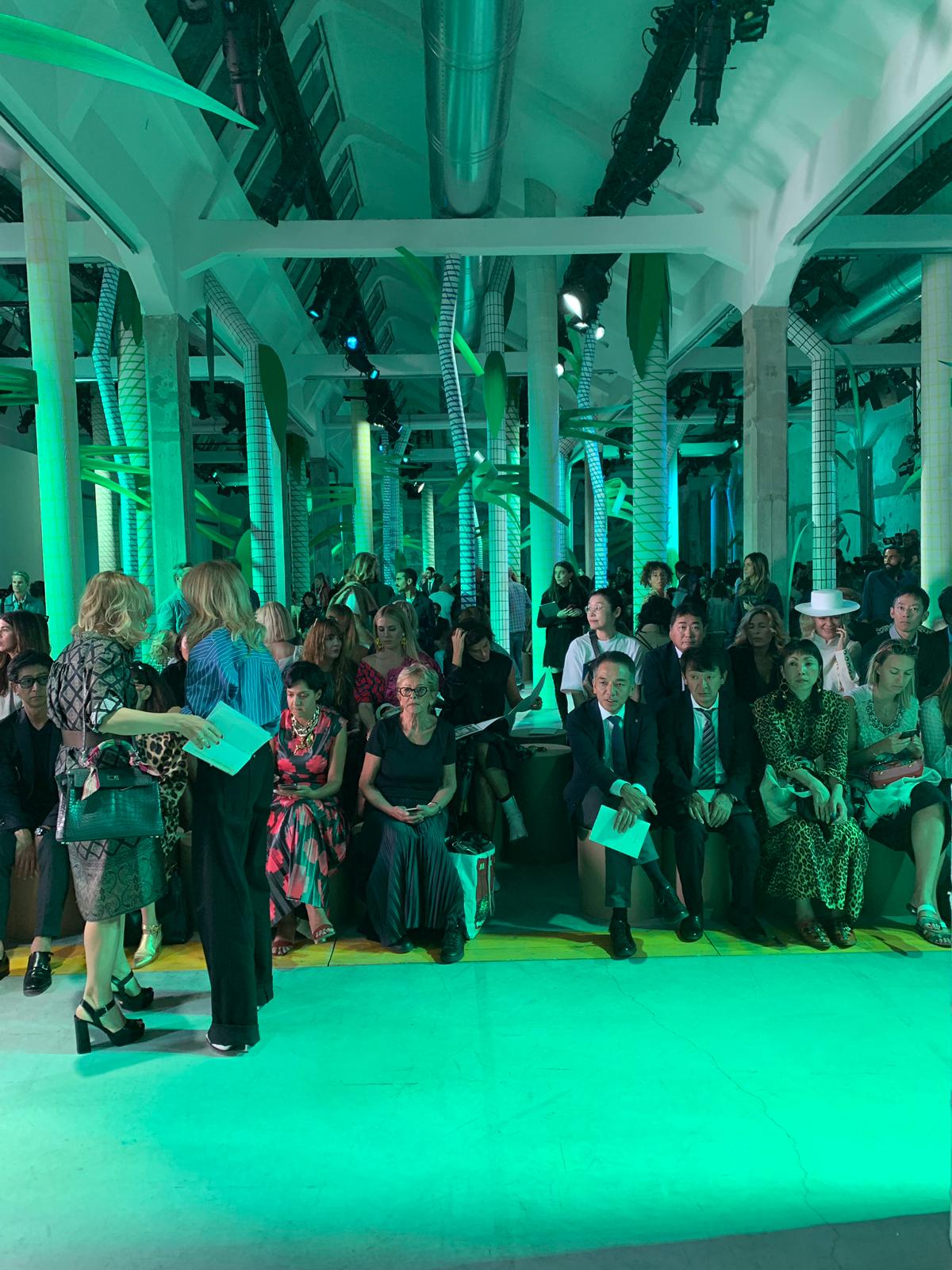 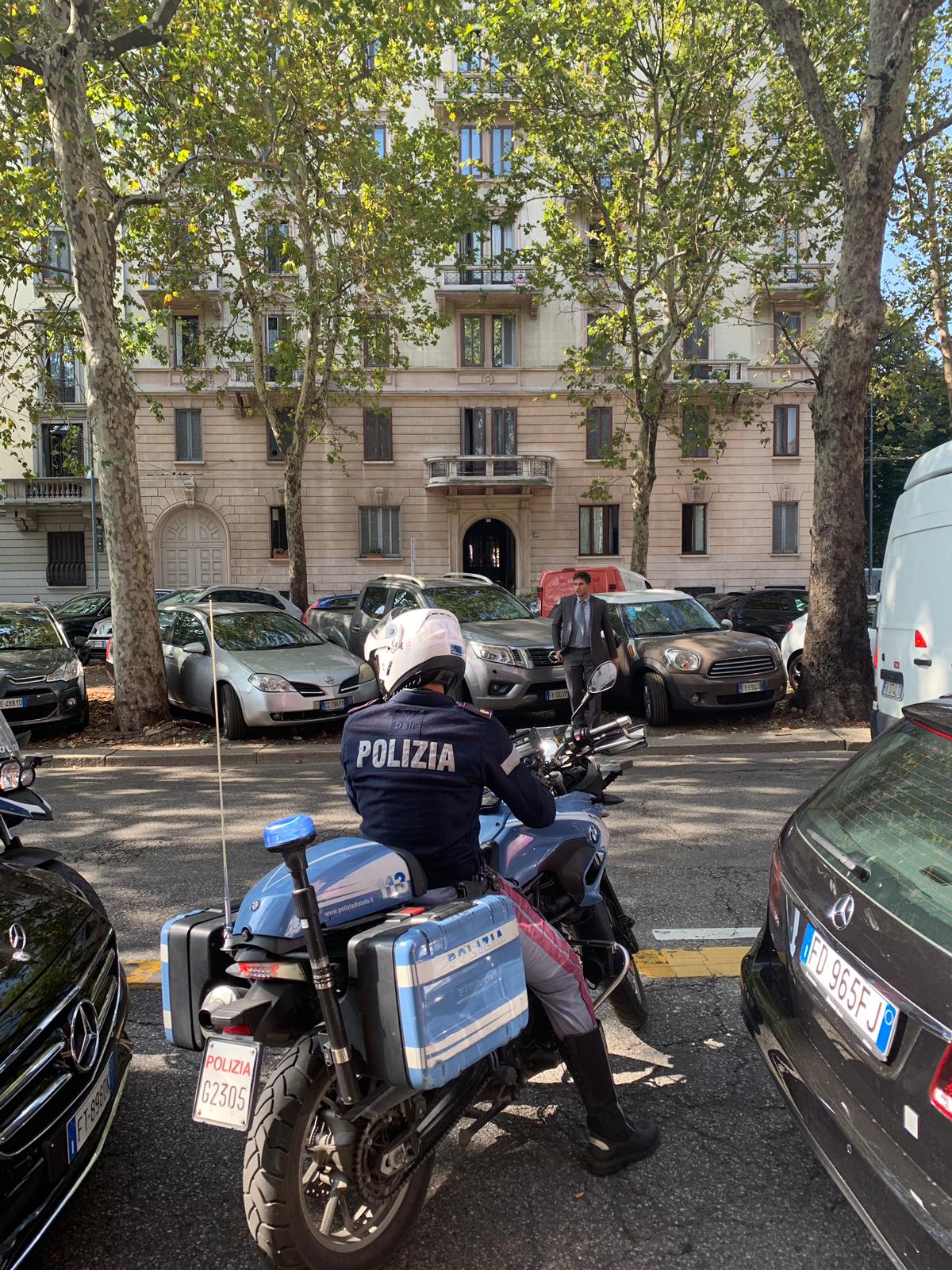 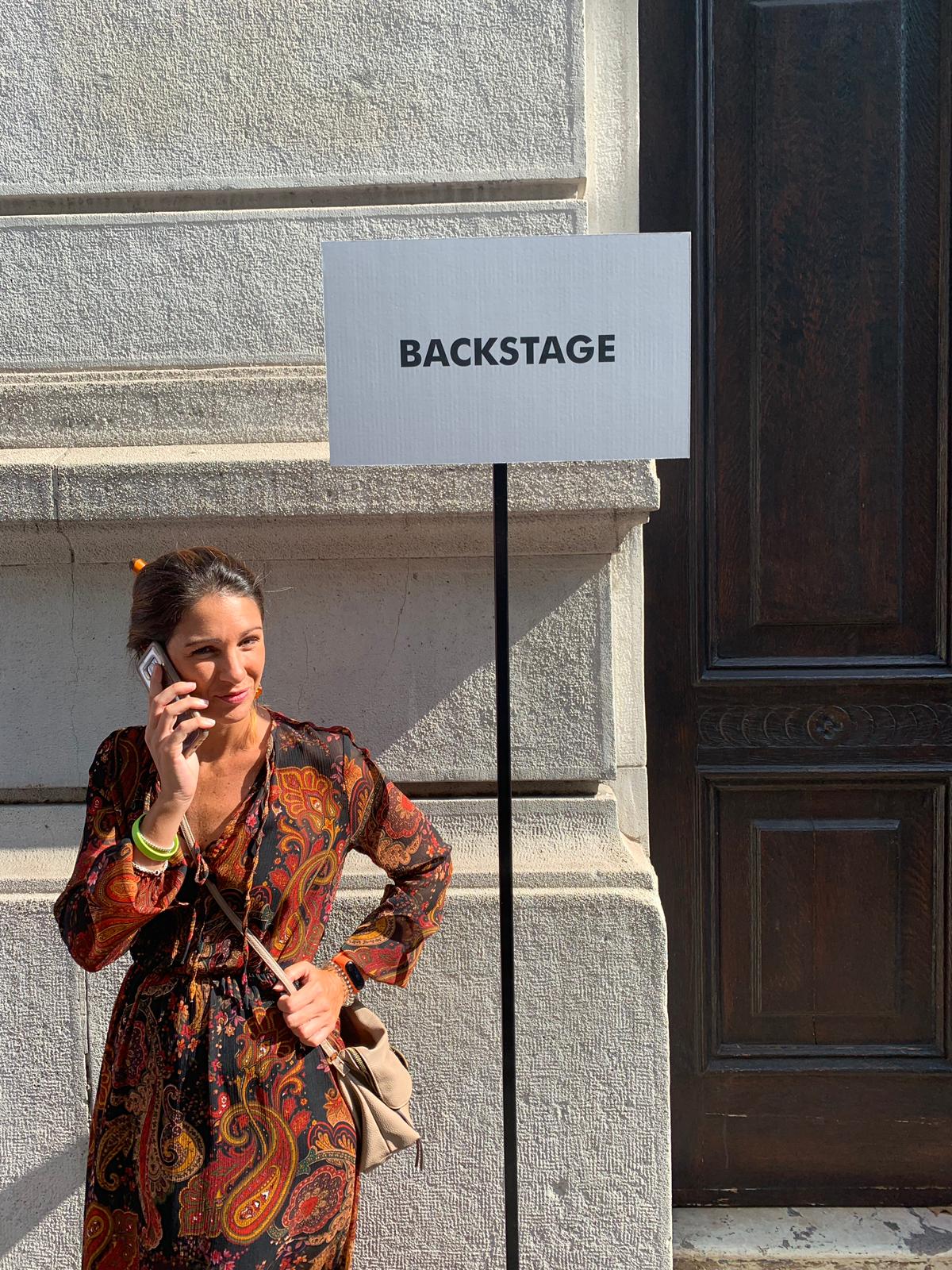 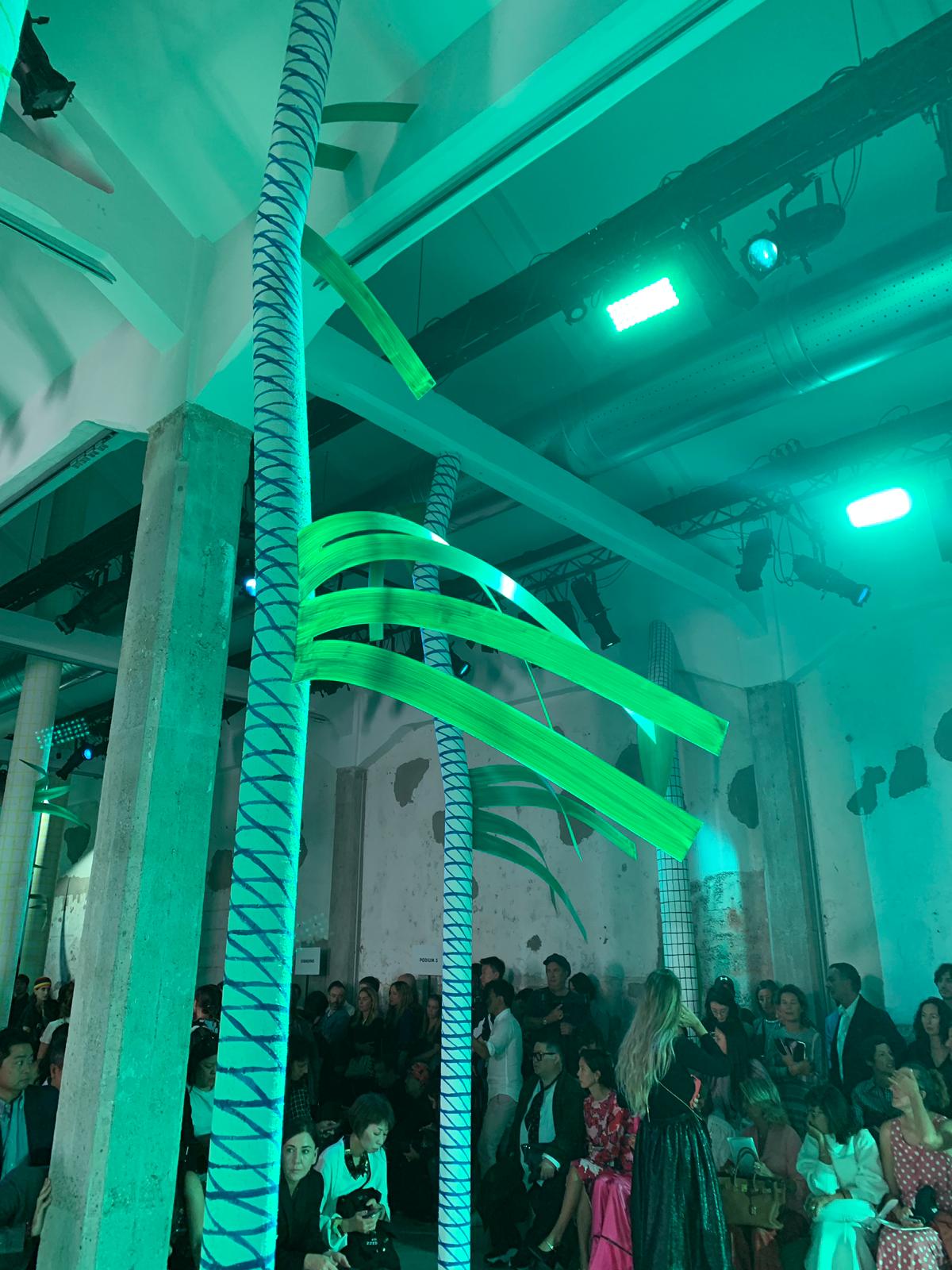 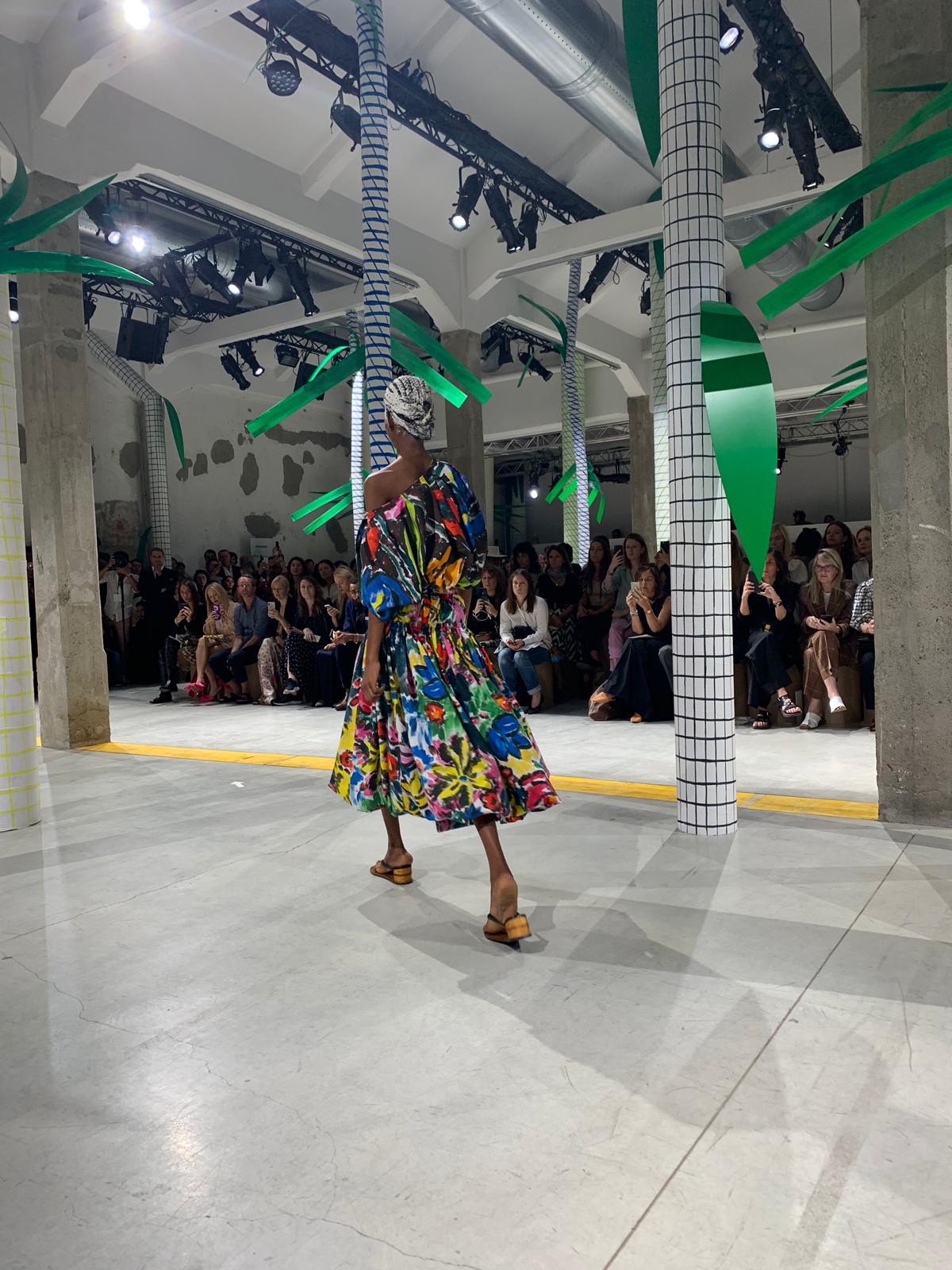 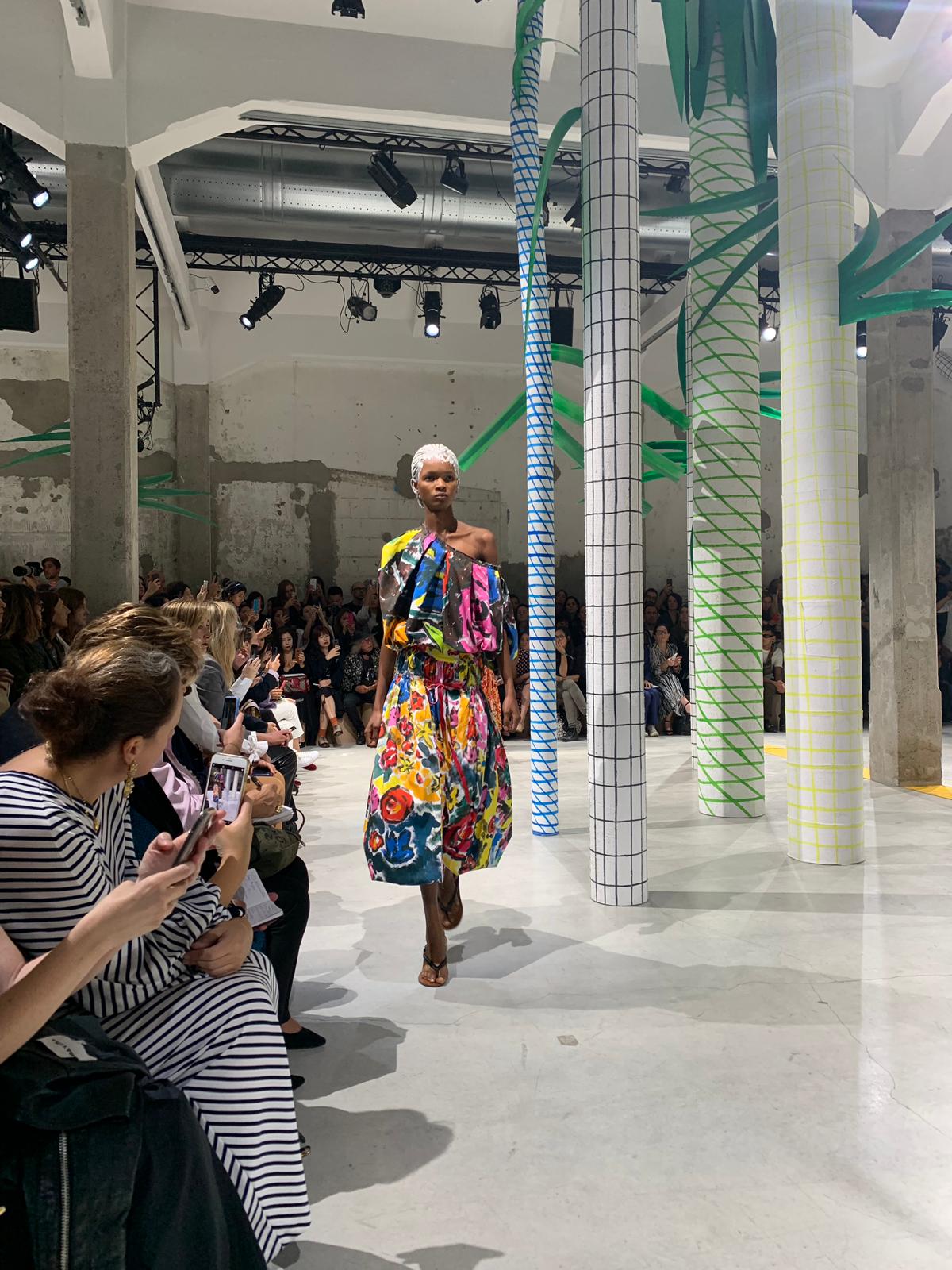 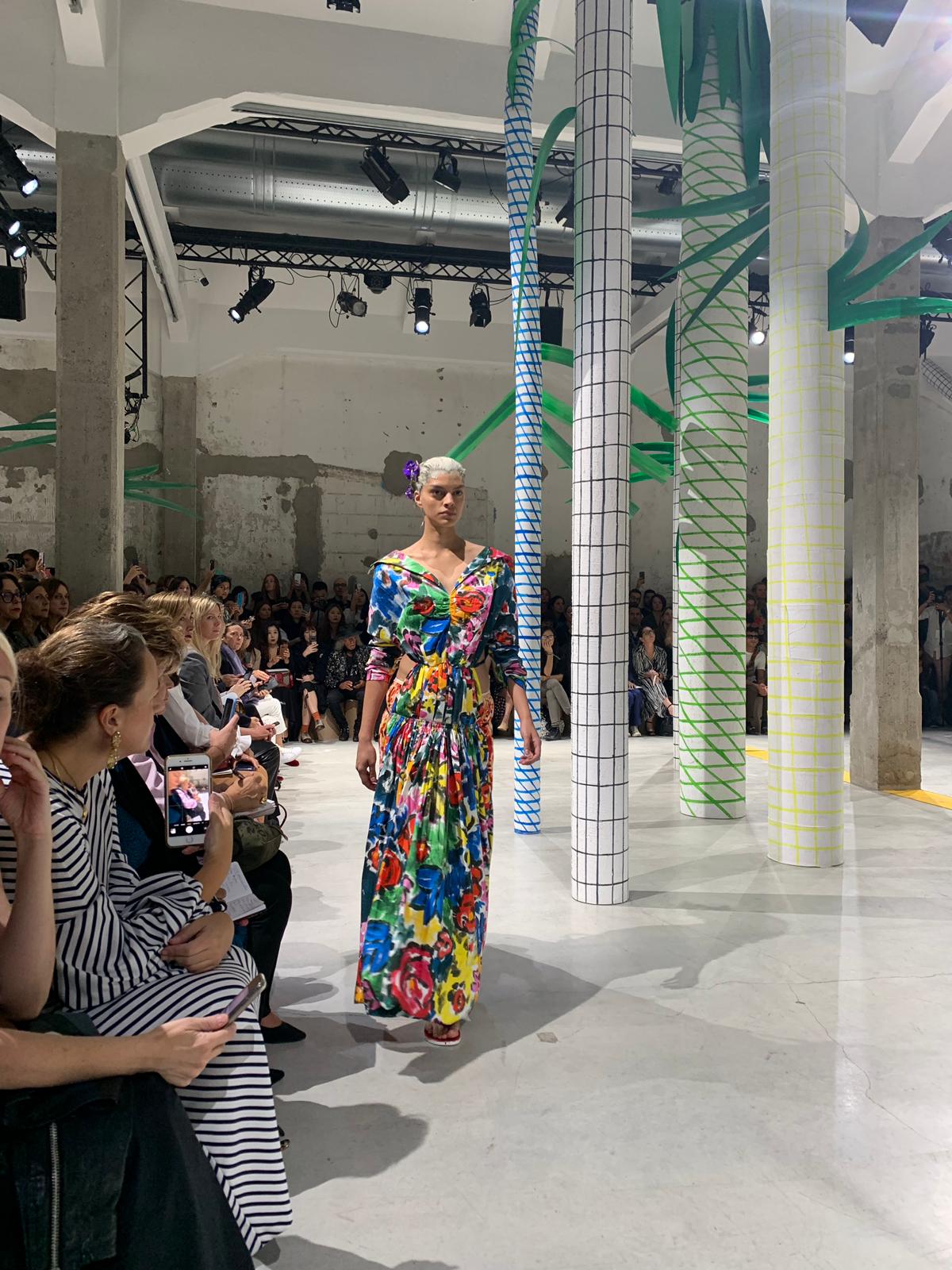 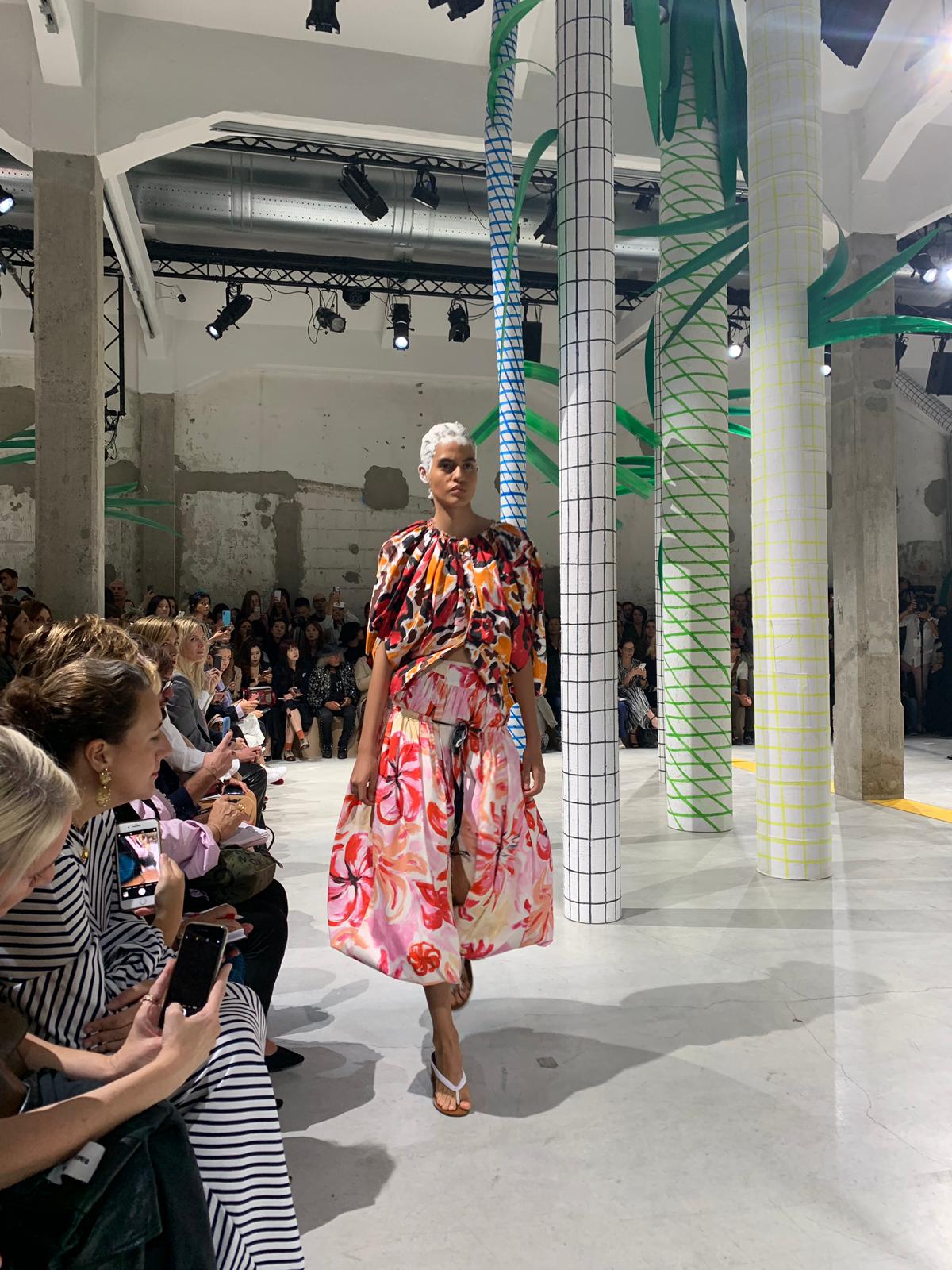 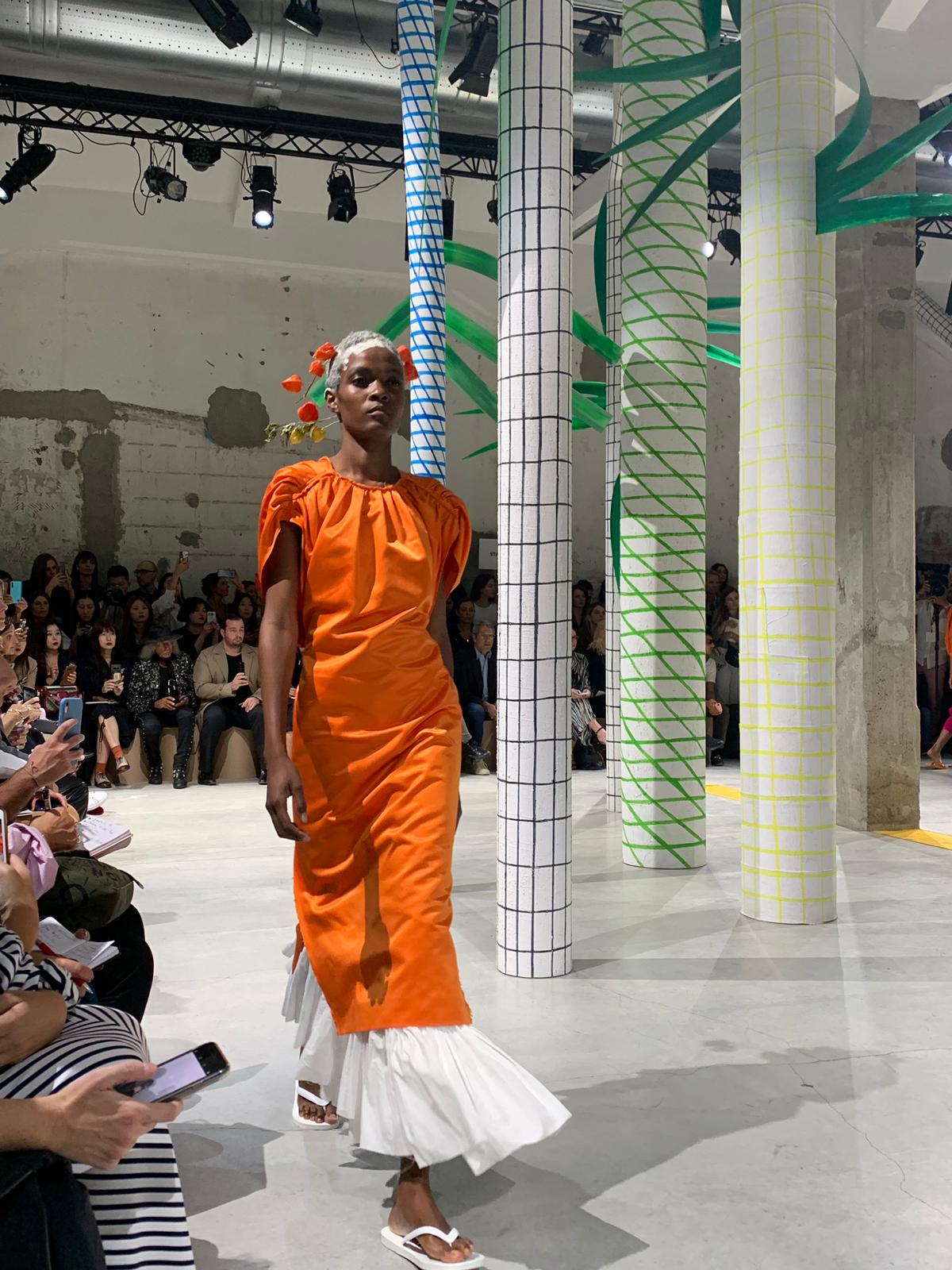 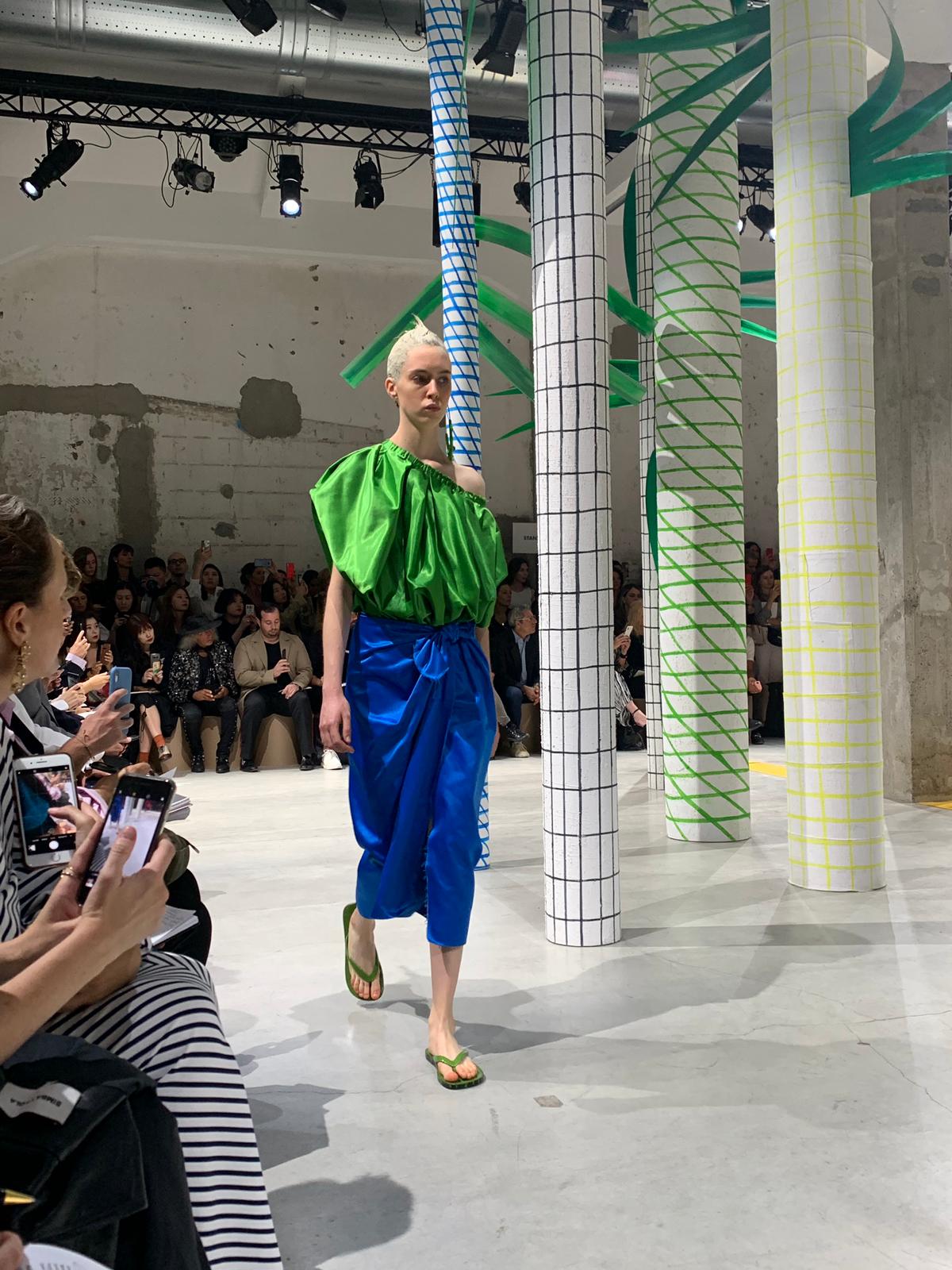 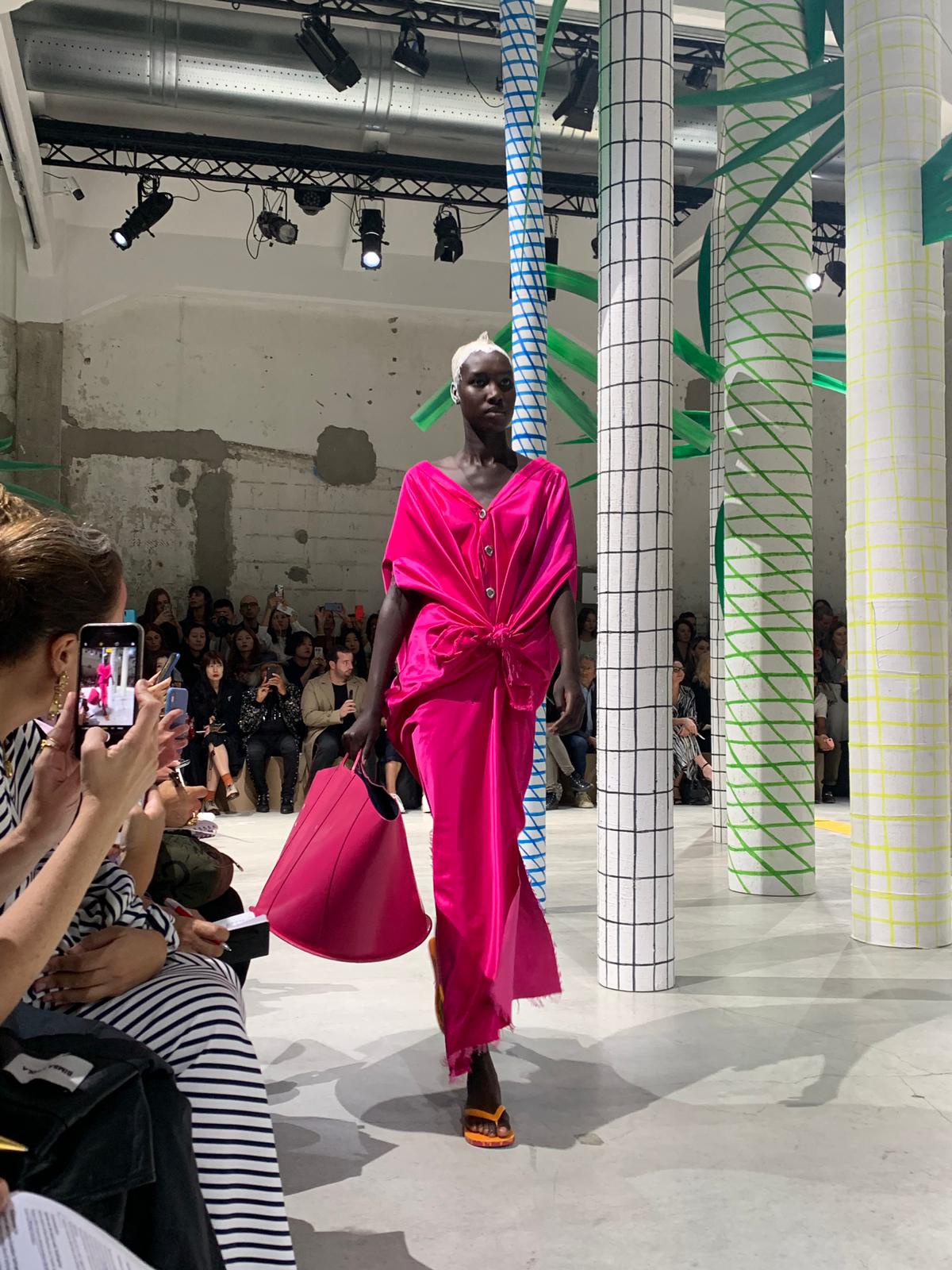 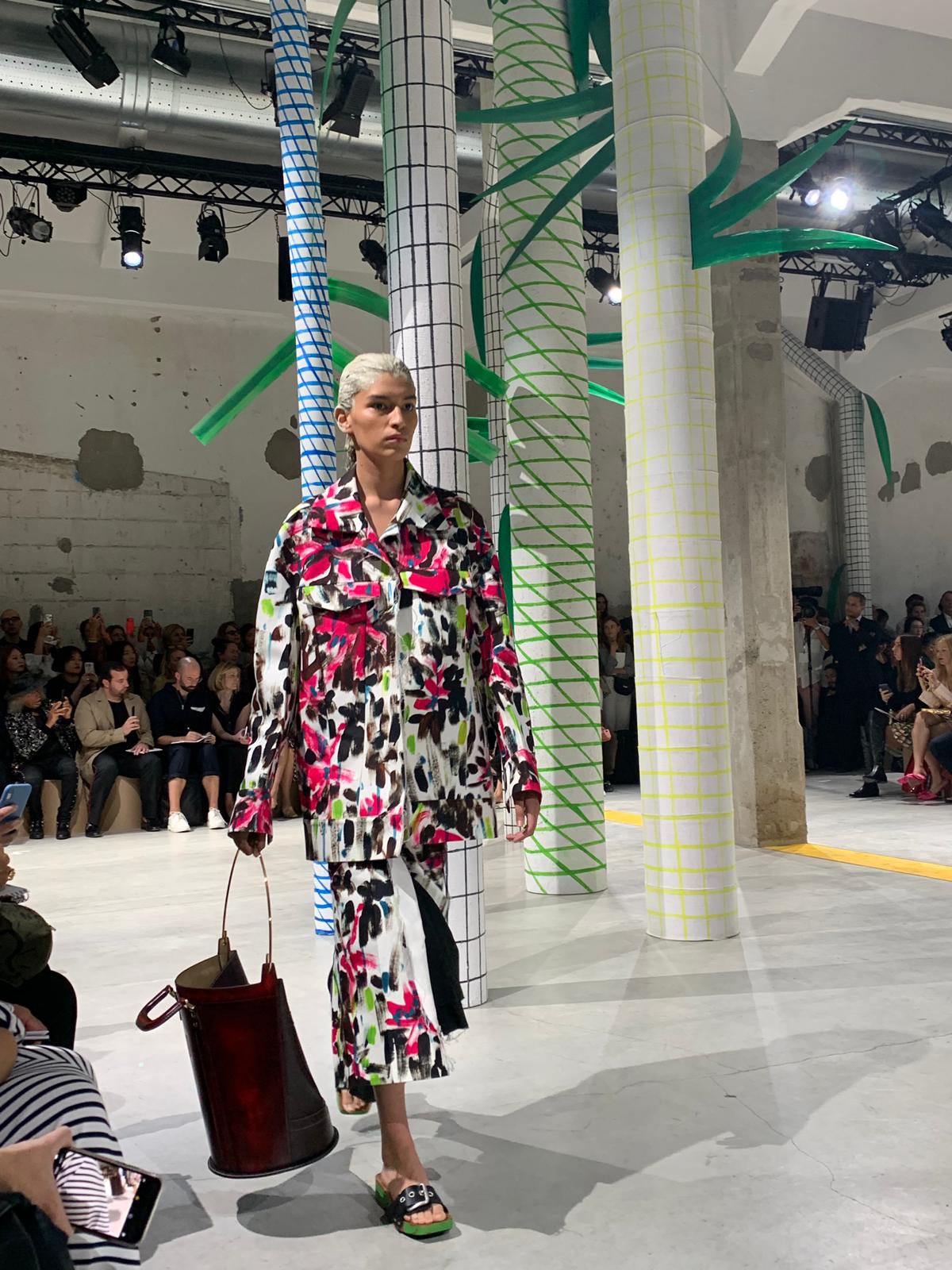 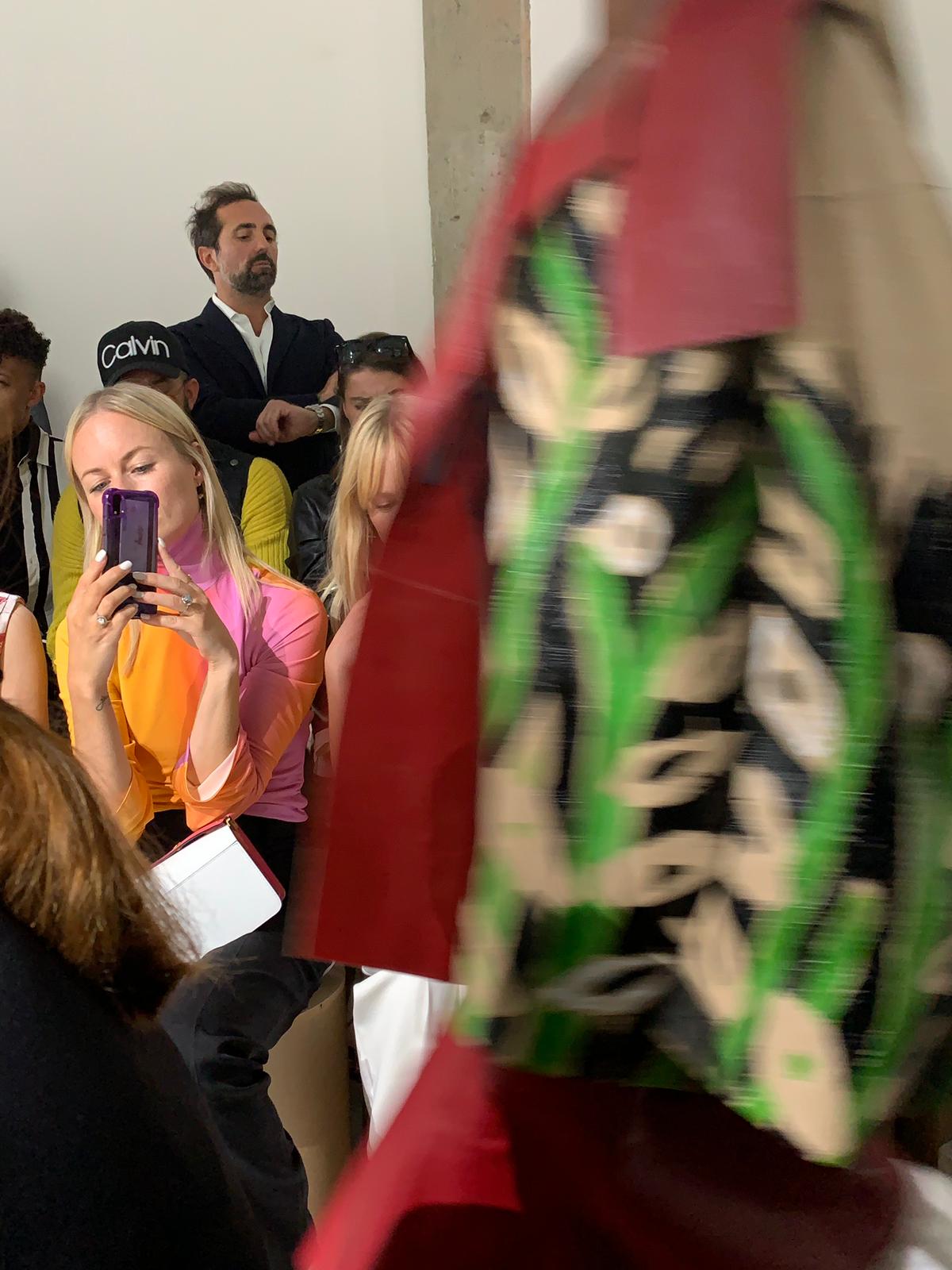 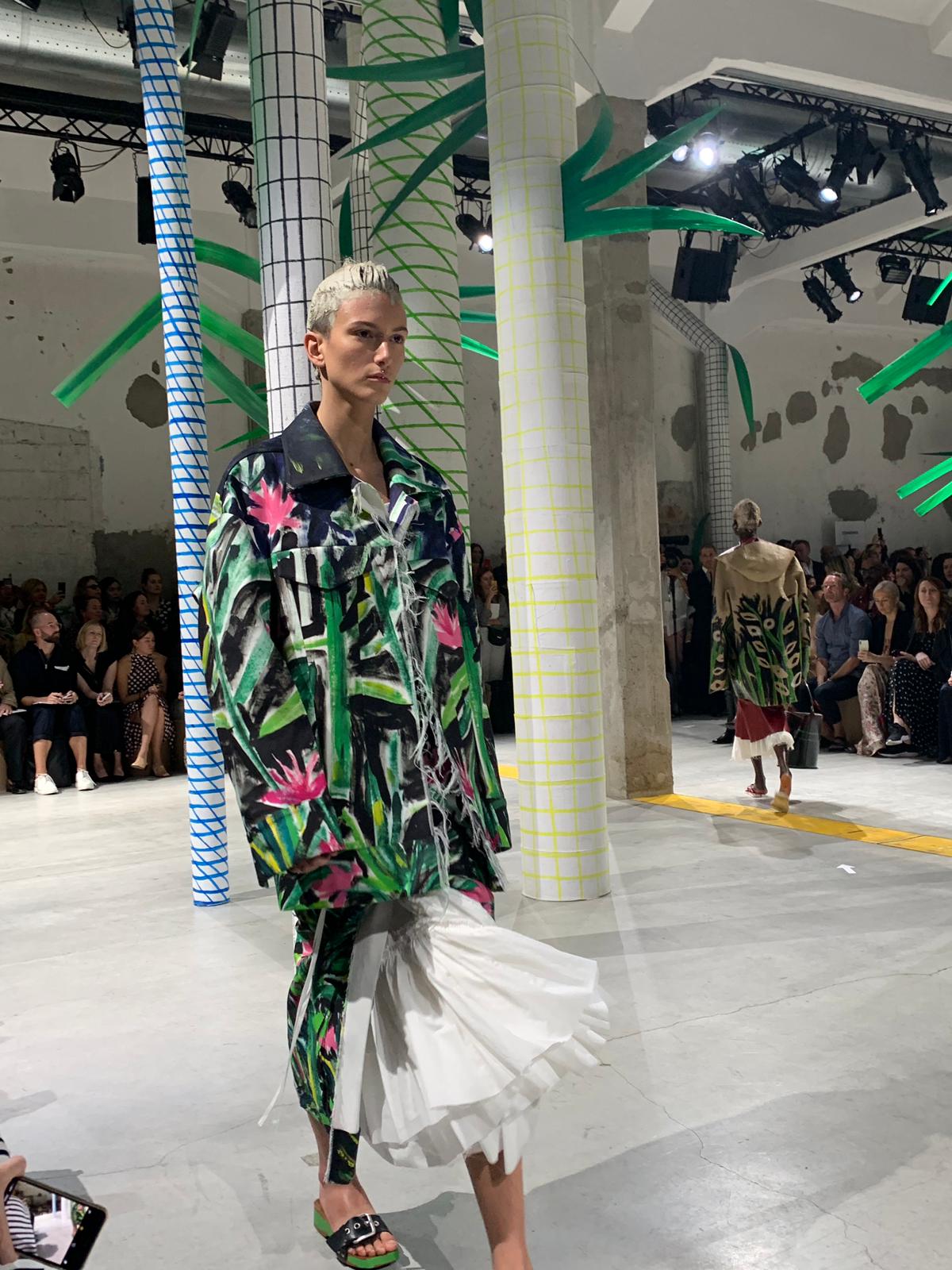 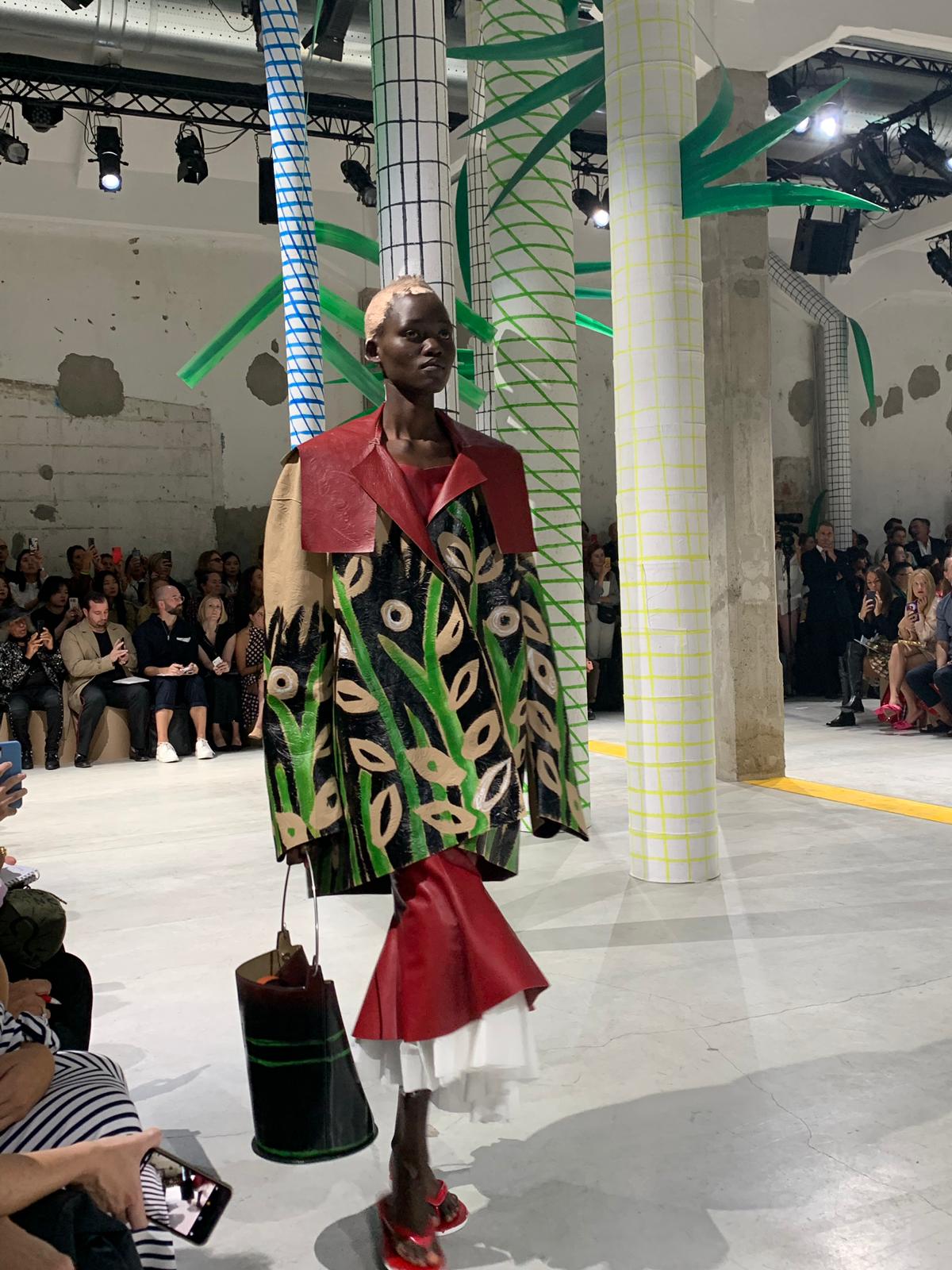 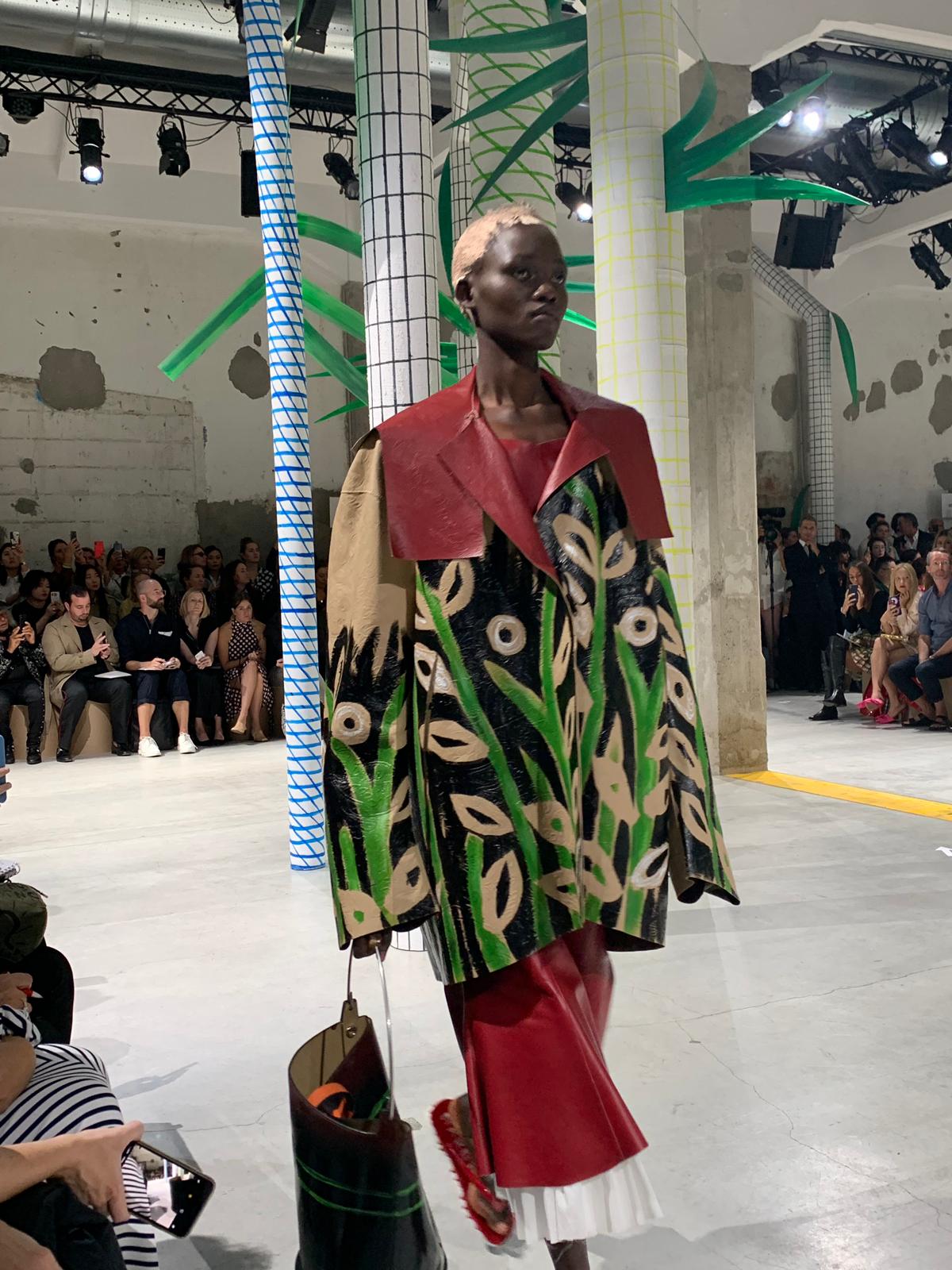 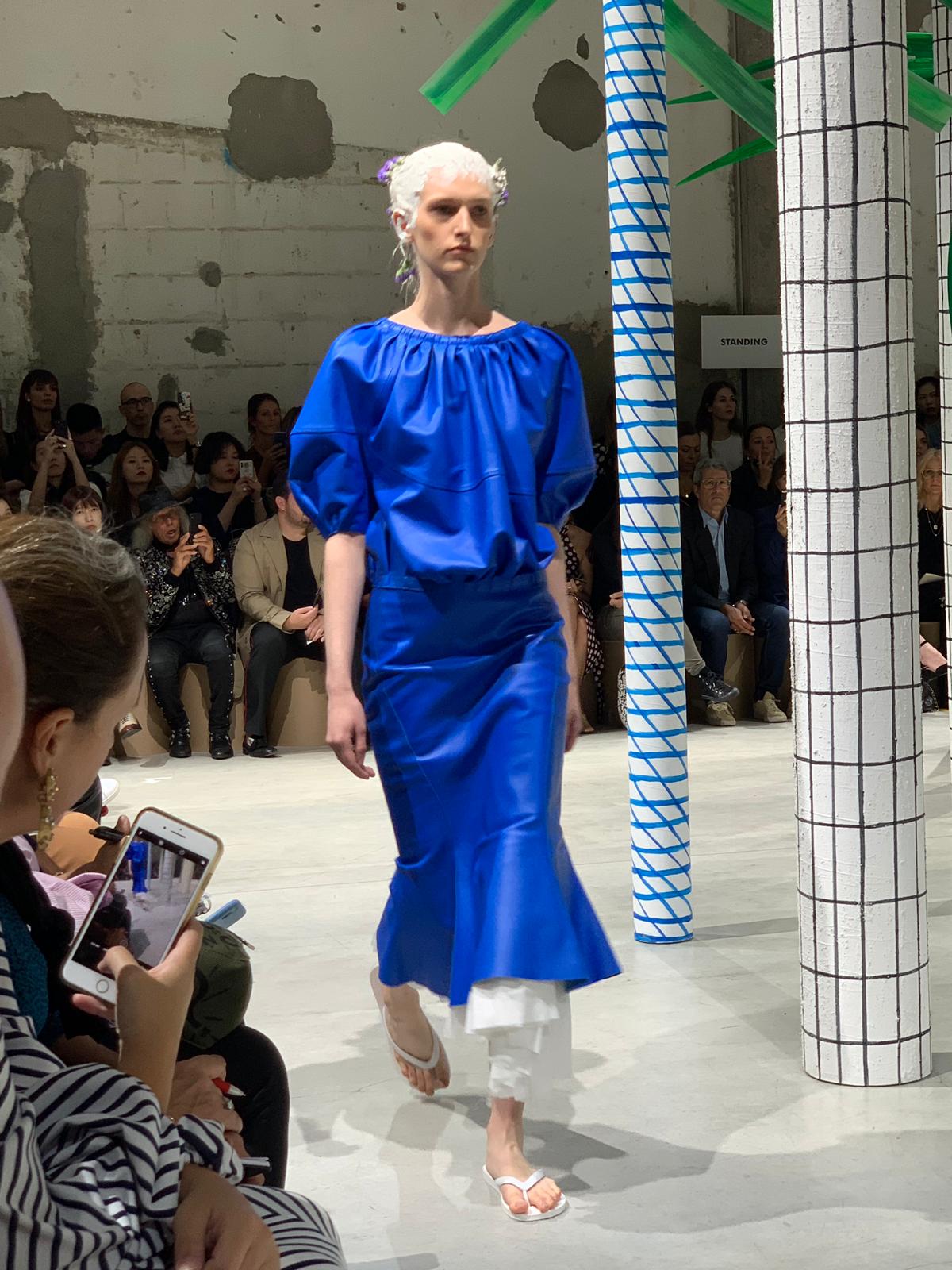 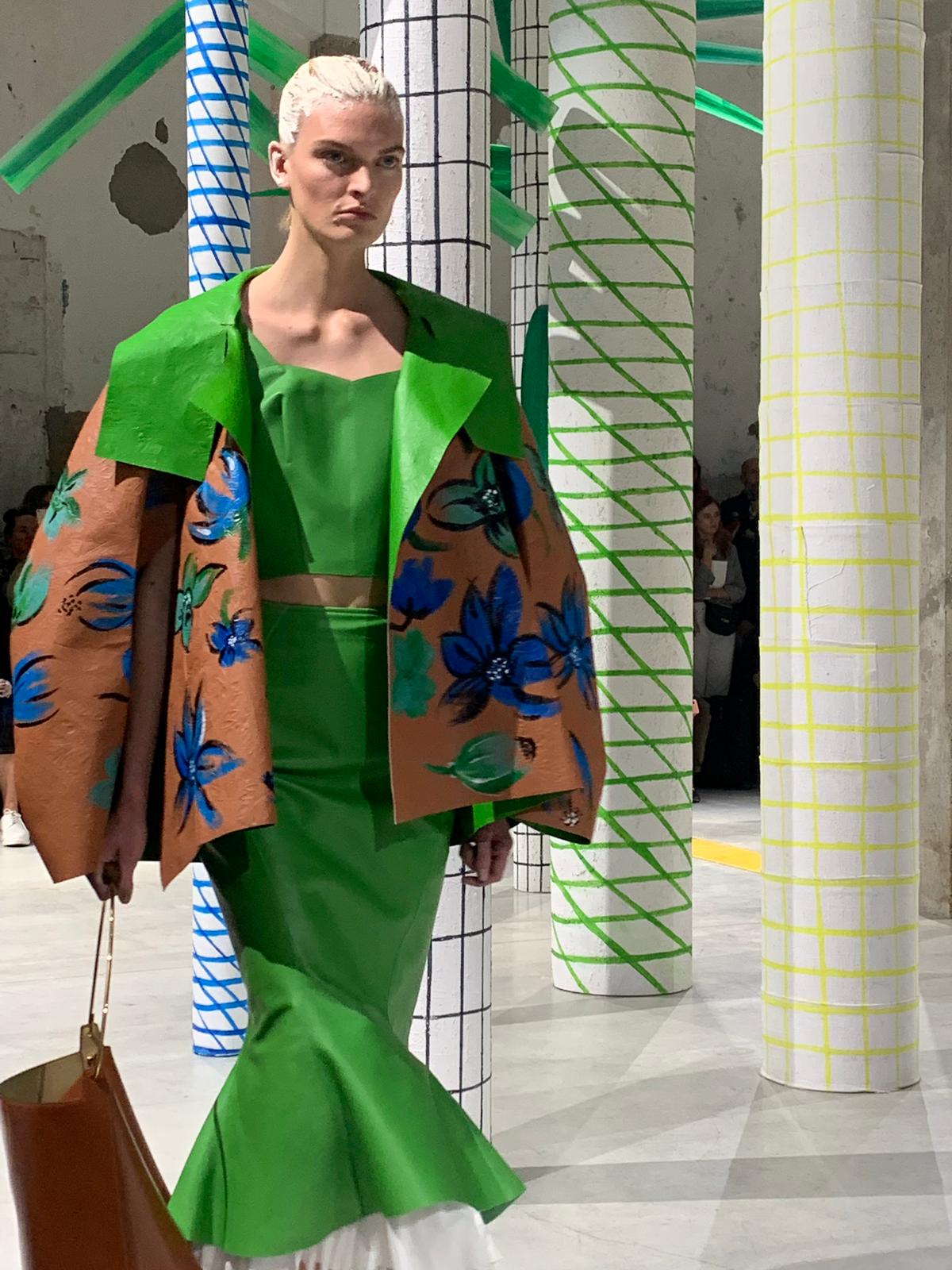 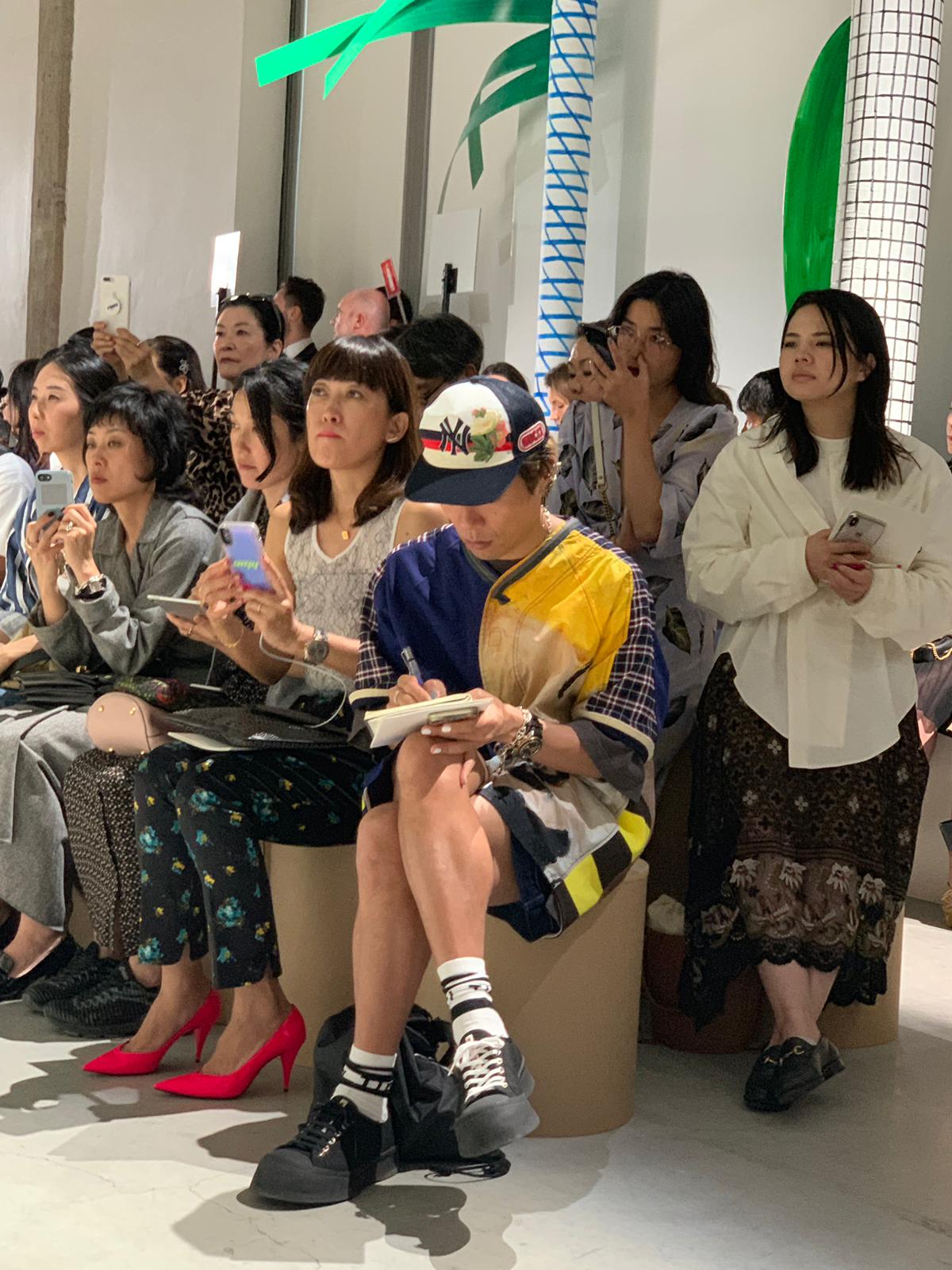 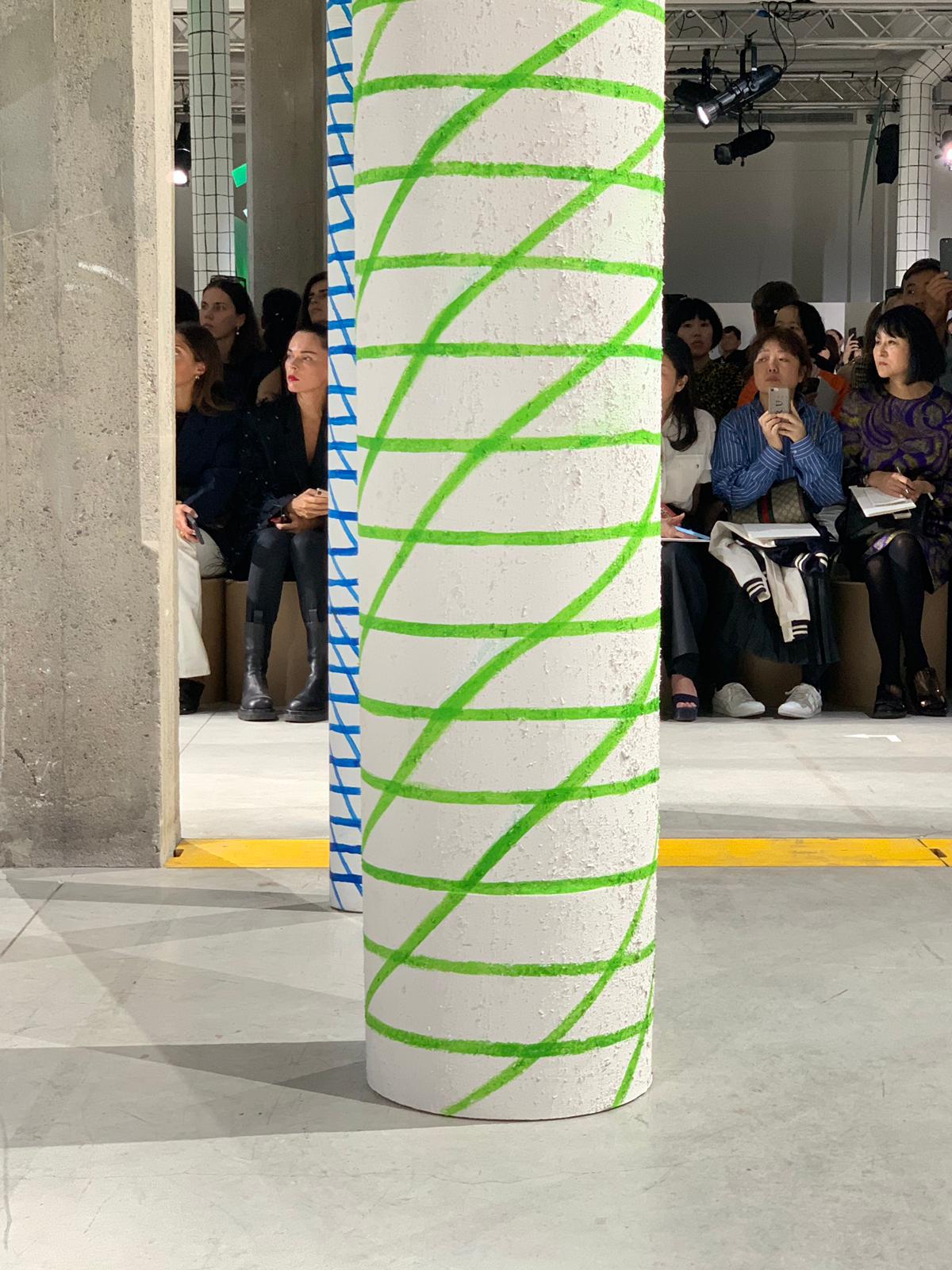 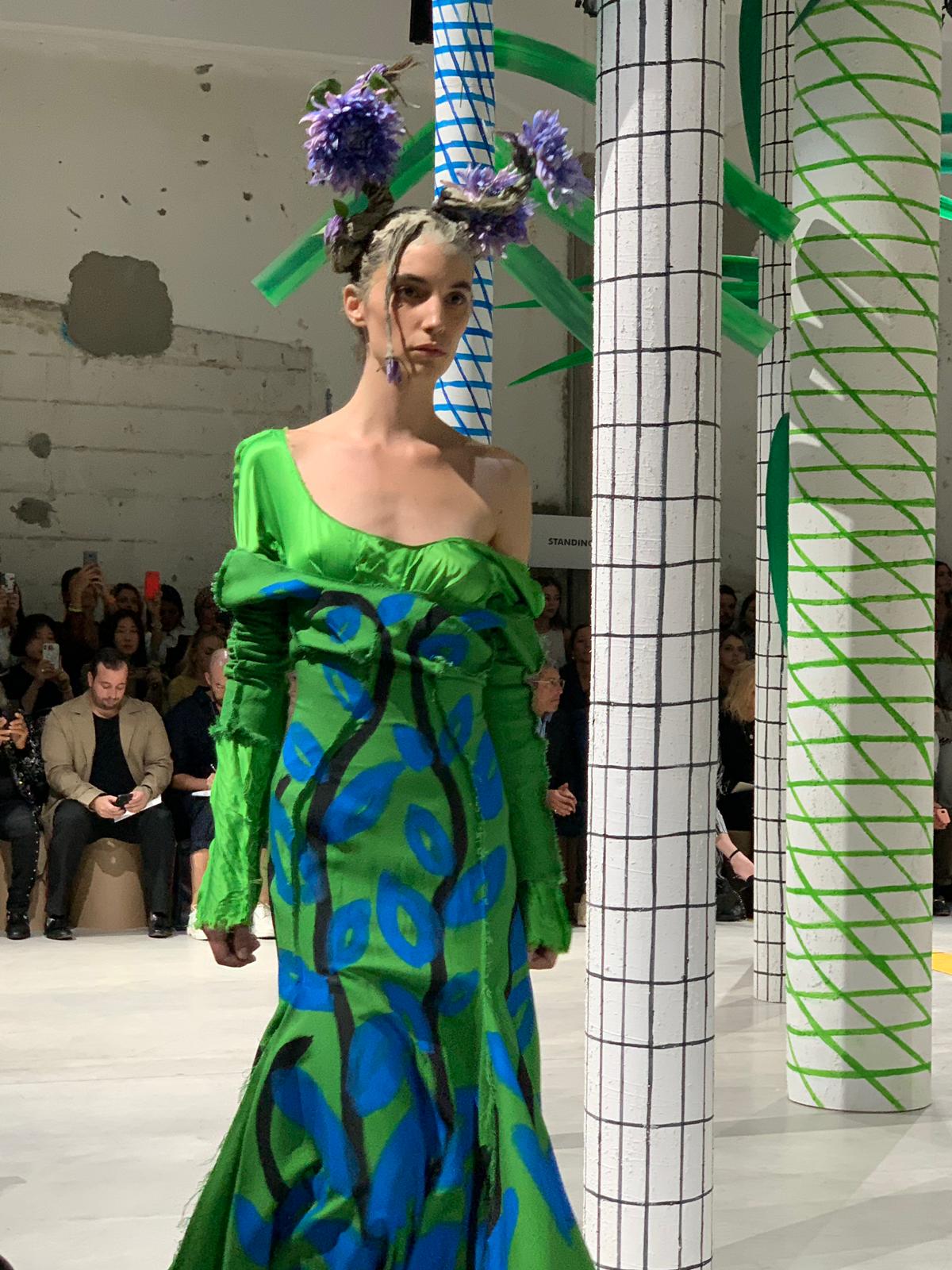 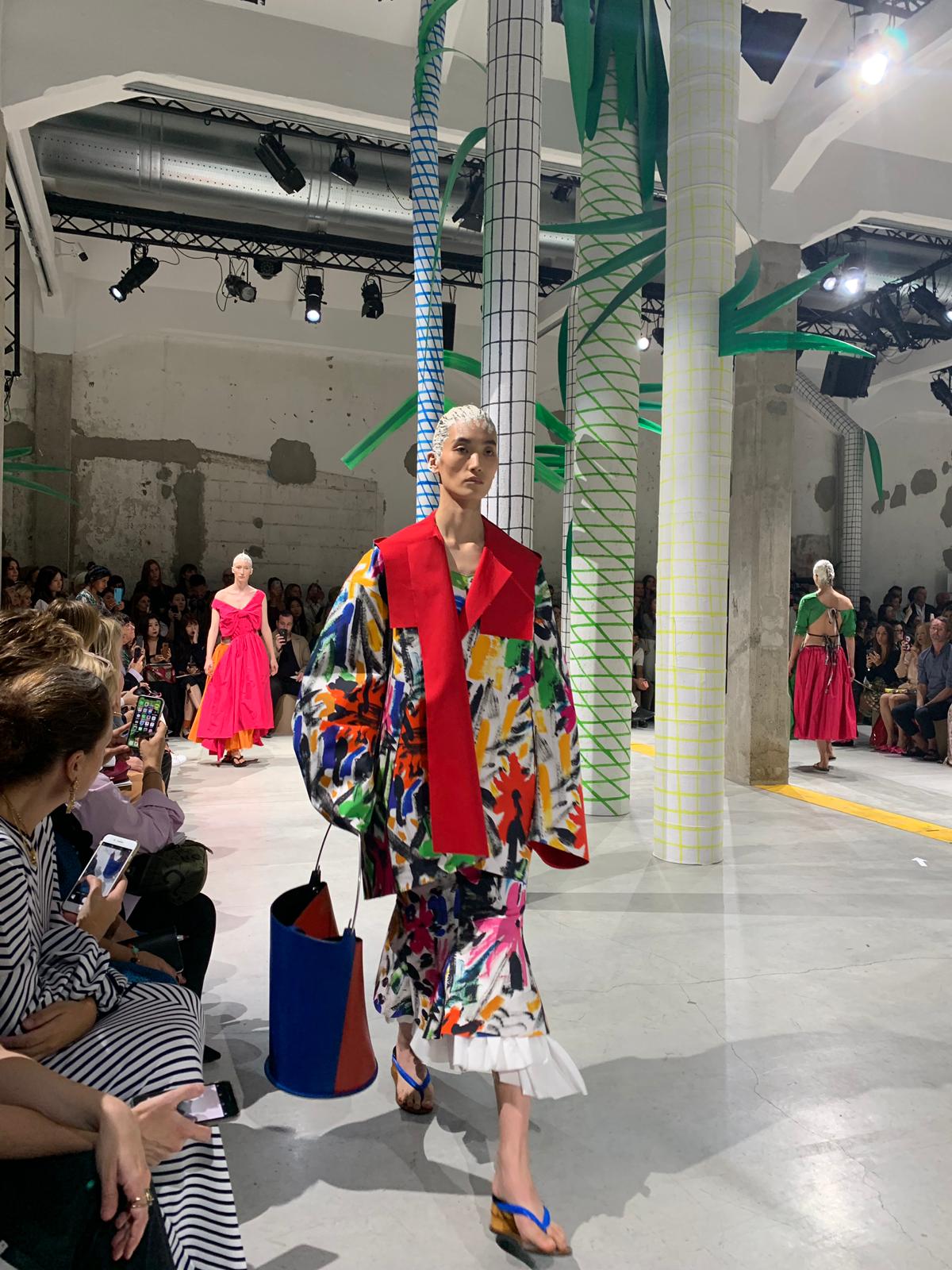 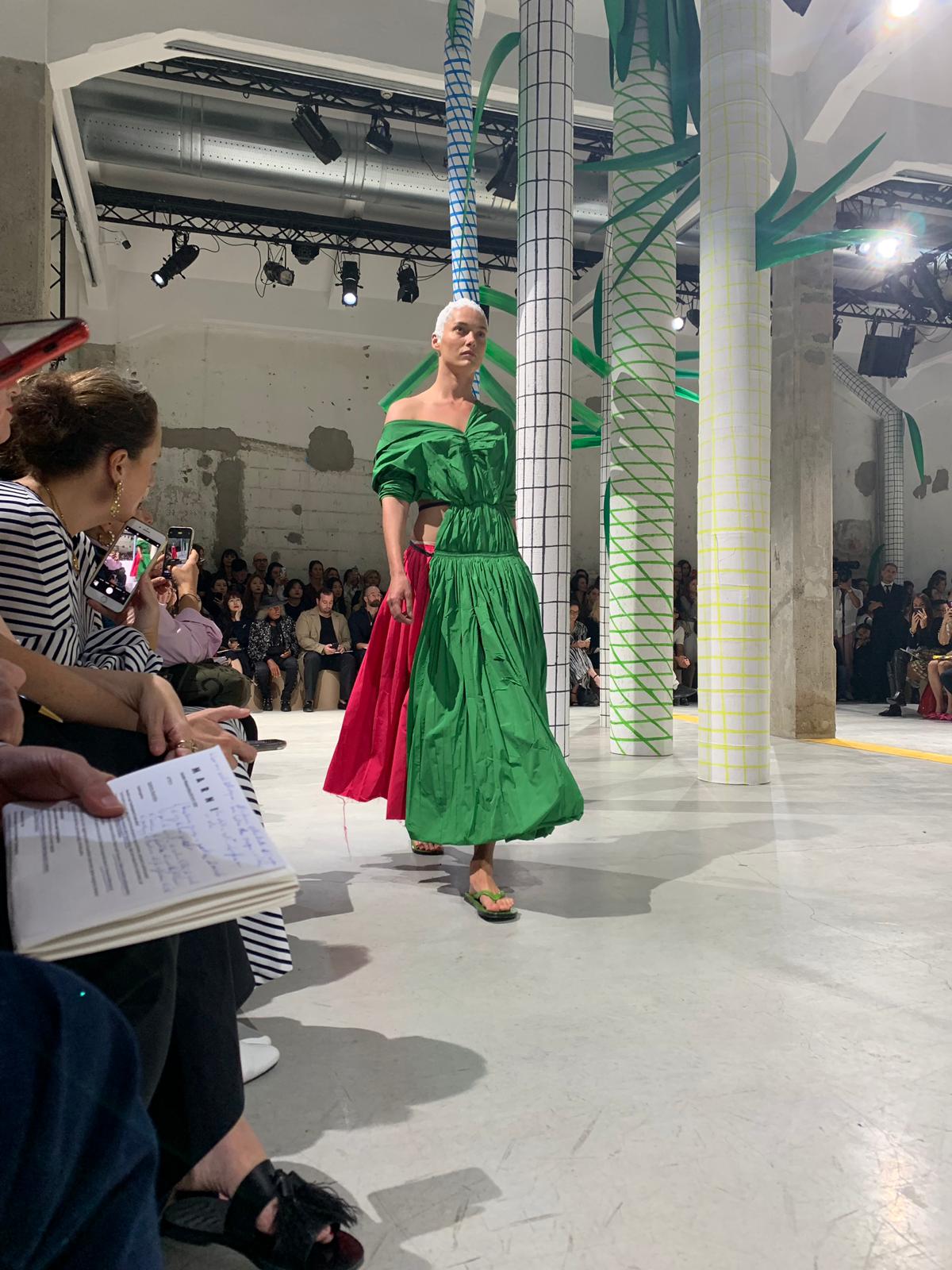 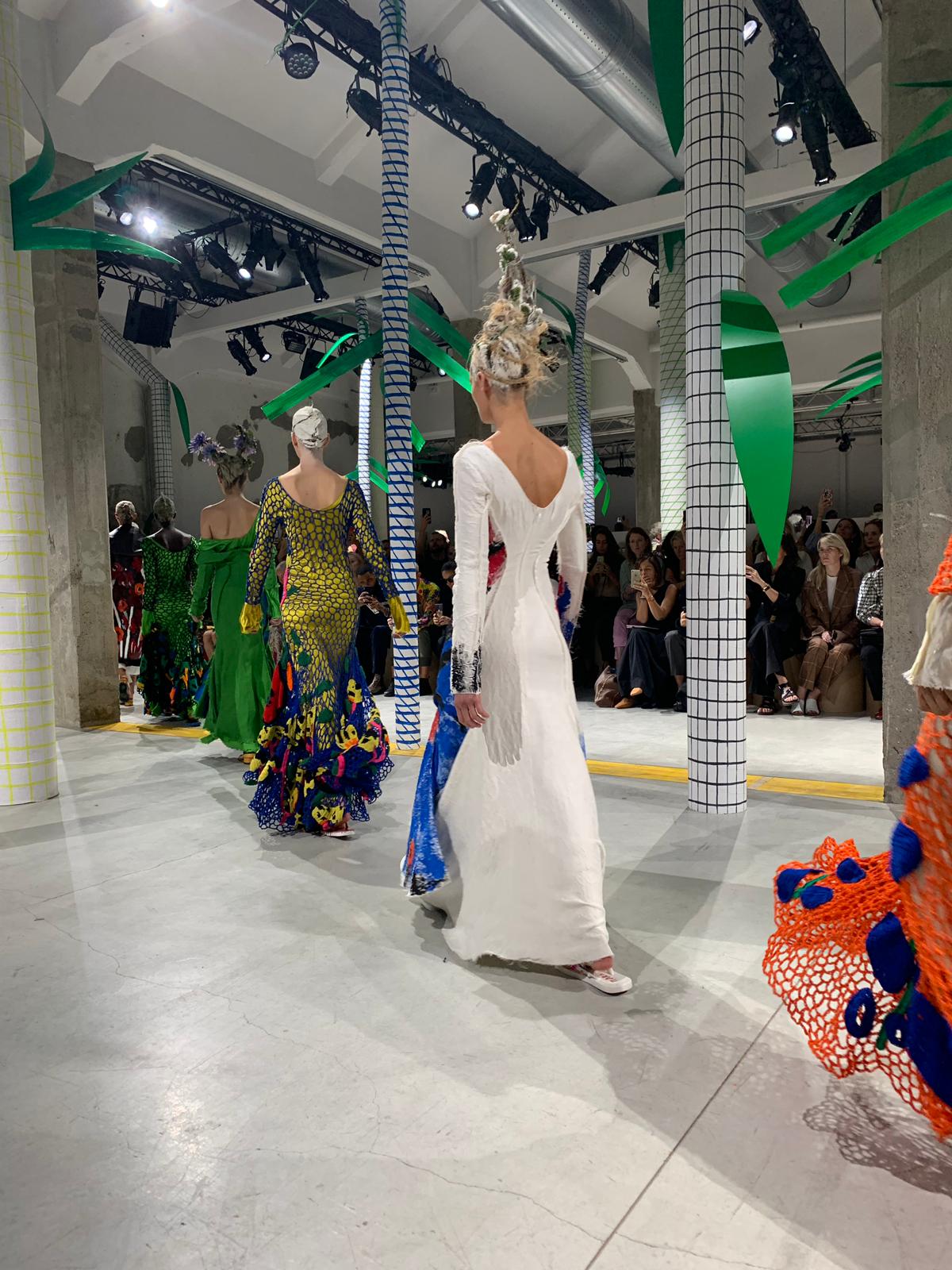